It’s the land stupid that’s worth the money! Also not sure what the NZHerald reporter was gunning for with tenant saying its bullsh*t  – probably just headline grabbing. Here’s my thinking:

Tenant has clearly said if it was his choice he wouldn’t live there. Good, after 37 years its time to embrace change so a move out is in order, or if that is a problem, temporarily move him and move him back once a new small home is built.

Then, and here’s the big point: select new HNZ tenants based not on the parents issues that caused them to need a state house in the first place, not on their place in the queue BUT on their kids potential to excel in a new environment where most people around them are not in a gang. Kids will go to very middle class Victoria Ave School and Auckland Grammar or Epsom Girls as of right, rather than say – because of rugby.

Let’s turn say one or two state houses into say 6 to 8 terrace houses, hey even sell a couple to help fund it. That means you could end up with 2 or 3 John Keys and 2 or 3 Jacindas in the making.

Now HNZ will already know exactly what to do on this site and probably plans drawn up, possibly pending a board approval – but I say just do it.  Move the bulldozer in now!

Disclaimer: I used to work at HNZ and I live very close! YIMBY 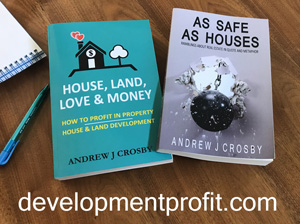 This entry was posted on Tuesday, January 30th, 2018 at 7:42 am and is filed under Uncategorized. You can follow any comments to this entry through the RSS 2.0 feed. Both comments and pings are currently closed.